I followed Neil's example and had a walk along the River Douglas, between Great Hanging Bridge and Rufford, and back along the Croston Bank/Shepherds Lane.

Birds see/heard include Oystercatcher (there were 8 on the Rufford bank on the way down and 16 on the way back)
A single Redshank was associating with the 8 Oystercatchers.
2 Shelduck, 2 Mallard, several singing Yellowhammer, I noted 2 on the Rufford side and 4 on the Croston side. A small flock of about 6 linnet were on the banks of the Douglas. A flock of 8 Corn Bunting flew over. A pair of Curlew were on the Croston side.

Other birds seen included Carrion Crow, Rook, Jackdaw, Long Tailed Tit, Blue Tit, Pied Wagtail, pair of Mistle Thrush, Wren, Dunnock, Blackbird. Several singing Skylark. 3 Meadow Pipits, Lapwing and a sighting of a possible Hen Harrier (flying away from me across the railway, but I cant think of another bird with such a large wingspan and steady flight)(I cant give myself a tick for this unless I hear of another sighting 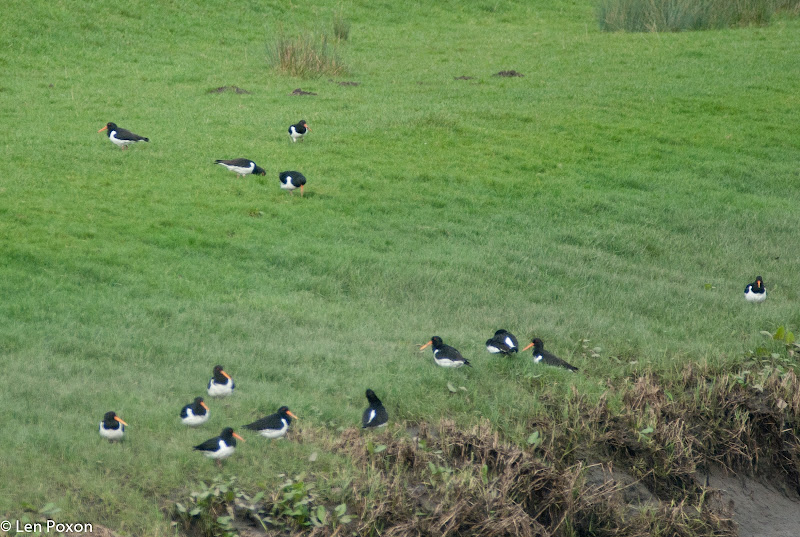